One piece of tech that we implemented for the demo, but hardly made use of, is blitter lines with subpixel precision.

The only place in the demo where it is used here: 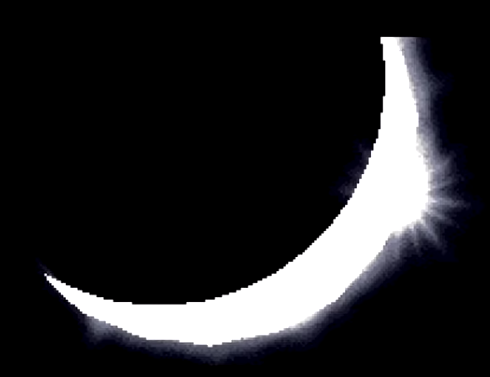 It may not be immediately obvious, but the sun includes a rotating white disc. It is made up of 40 line segments, where the vertices rotate and animate slightly according to a noise function. The result would have been jittery without subpixel precision. 3 bits of subpixel precision is enough to make the result smooth.